HOMENewsSteve Hunt 2016 Student of the Year 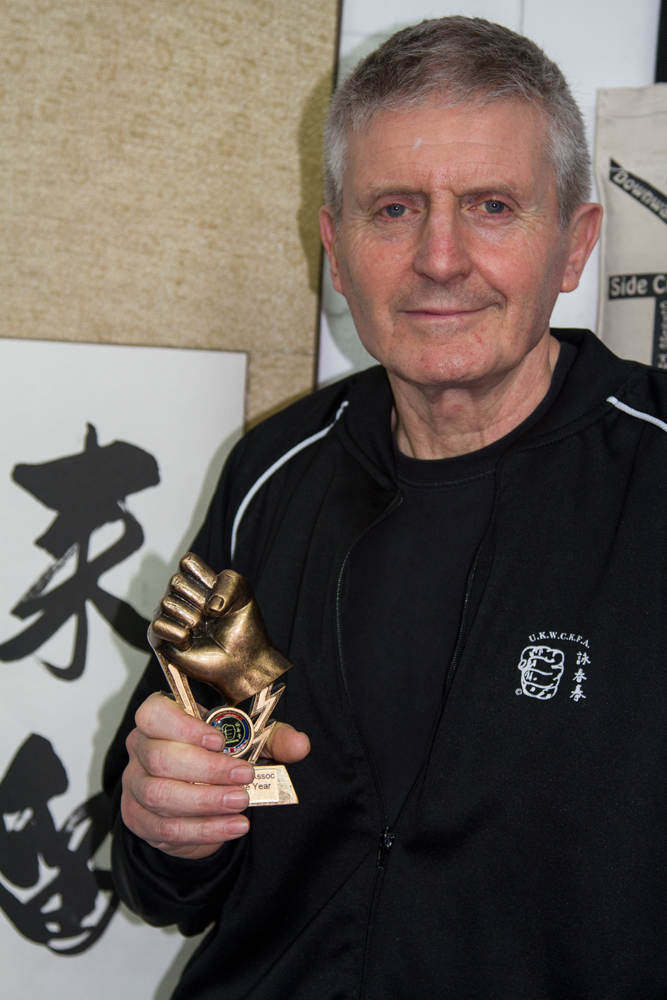 Steve Hunt 2016 Student of the Year

Steve Hunt 2016 Student of the Year

For many years we have awarded a member of the UKWCKFA the Student of the Year trophy. The winner for 2016 was a simple decision and went to Steve Hunt of the Rayleigh school.

Steve came to Wing Chun later in life then most, and has struggled at times to get to grips with the Art. However, he is a always smiling (and apologising to his training partners, actually just everyone!) and is not one to quit.

Steve had to work particularly hard to pass the second UKWCKFA grading. He took it upon himself to use the Rayleigh HQ on Sundays when no classes were on. His enthusiasm finally gathered a small core of students for extra training. This group went on to successfully pass the test.

Not content with this he wanted other colleagues to take the test and kept the Sunday commitment going. He selflessly helped others to pass the test by giving them the chance for extra practice. We all know that it takes a lot of effort to get people motivated and he did just that.

He has built a great class spirit and every person agreed on how much he deserved the award. All martial arts schools would love a student with his nature and we are just lucky Steve came to us.

The trophy is a large cup, Steve is seen here with something to keep…